In light of the recent attack on innocent Ukrainian people, many Lithuanians feel that this Independence day (the full name is The day of restoration of Independence of Lithuania) is especially important. Now, more than ever, it’s paramount to remember why we are free. It’s also important to acknowledge what we managed to achieve in the last 32 years.

History of the day of Restoration of Lithuania (March 11)

To understand the significance of this day we need to explain how we lost our independence in the first place. It all started back in August 1939 when the Soviet Union and Nazi Germany signed the secret Molotov–Ribbentrop Pact dividing Eastern Europe into spheres of influence. The Baltic states (Lithuania, Latvia and Estonia) were assigned to the Soviet sphere of influence and subsequently were occupied in June 1940. After the Second World War Lithuanians tried to resist this new regime and reinstate independence by initiating guerrilla warfare. However, those attempts were unsuccessful and the leadership of the partisans was destroyed in 1953, thus effectively ending the underground partisan war. Since then nonviolent resistance continued - secret, illegal movements which focused more on social issues, human rights, cultural affairs rather than political demands.

The turning point in this story came as Mikhail Gorbachev became the leader of the Soviet Union. While attempting to revive the economy of the state, he introduced glasnost (openness) and perestroika (restructuring). For the Lithuanian dissidents and activists, this was a golden opportunity not to be missed! Finally, there was a chance to bring their movements from underground into public life. The first unsanctioned Anti-Soviet rally to condemn the Molotov-Ribbentrop Pact was organized in 1987. A year later intellectuals formed an initiative group of the Lithuanian Reform Movement ( in Lithuania known as Sąjūdis) to mobilize support for democratic change and ultimately - Lithuanian independence. After numerous demonstrations and protests (better known as the Singing revolution), the first democratic election since the Second World War was finally held on 24th February 1990. To no one's surprise, Lithuanian Reform Movement candidates won an overwhelming majority (107 out of 133 seats). The first post-war non-communist government did not waste much time. During their first assembly on March 11, 1990, the Supreme Council of the Republic of Lithuania adopted an Act on the Restoration of the Independent State of Lithuania.

Of course, this was only the beginning. The Soviet Union did not want to recognize our independence right away. They initiated an economic blockade and later tried to stop us with armed forces! But that did not scare Lithuanians. And after months of uncertainty, Lithuania was finally welcomed as a member of the United Nations in 1991!

Since then we have never stopped re-building our country in democratic values. We became members of NATO on 29 March 2004, and later that year joined the EU as well. And 7 years ago we introduced the Euro as our currency. Of course, we had some ups and downs exercising our democratic rights and responsibilities. And we certainly still have a lot of things to achieve. But as the yellow strip on our national flag reminds us every day - the sun and better times are ahead of us.

So come and celebrate freedom with everyone in Lithuania! There’s going to be quite a few free concerts around town. 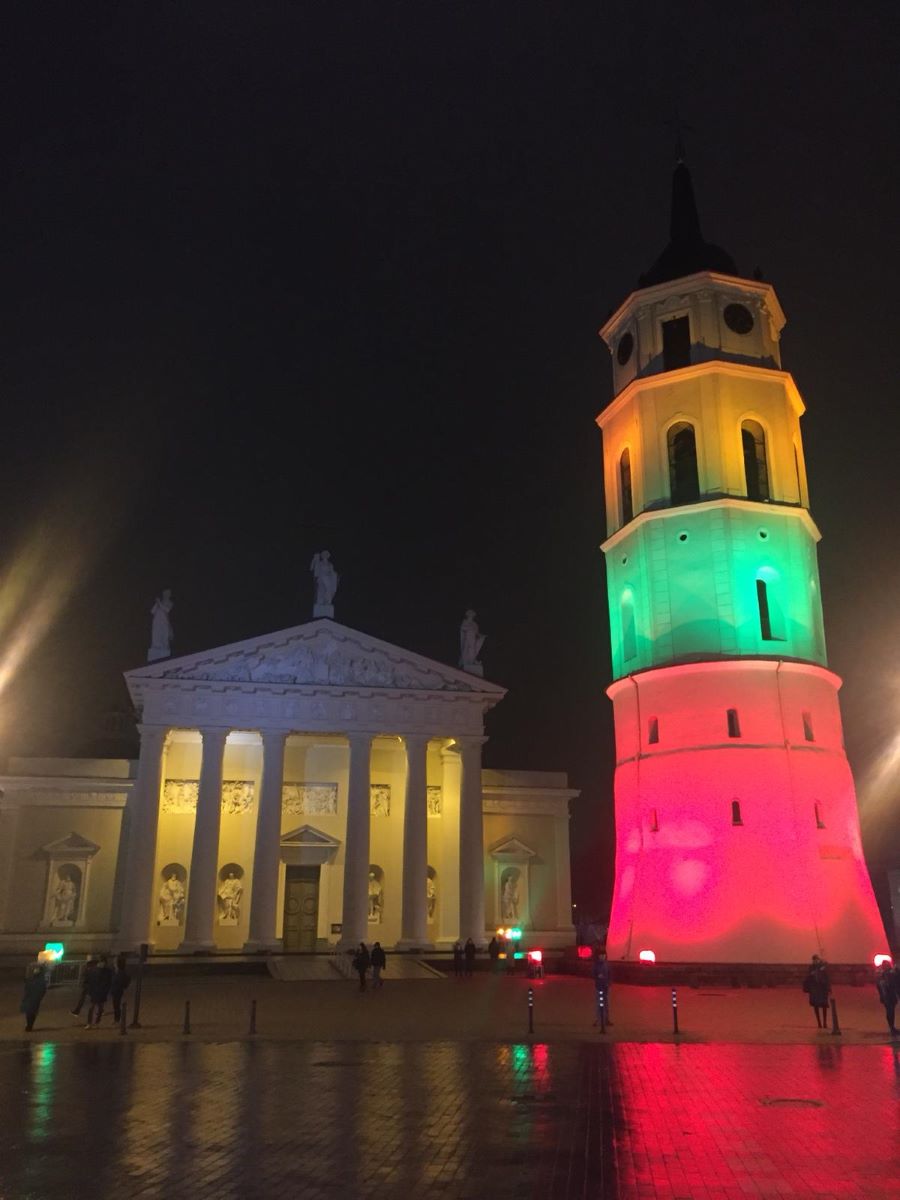 How are we going to celebrate March 11 Lithuanian Independence Day in 2021?

At 11 AM you can join the concert in Vilnius Town Hall. One of the most famous Lithuanian boys’ choir Ąžuoliukas (the name means little oak tree) will perform their best songs.

Or if you overslept this one, then rush to St. John church in Vilnius University, where various student music collectives will perform various classical and traditional music pieces. The concert starts at 3 PM.

And keep some energy for the evening. At 7 PM a special concert/solidarity action  K11: “Freedom Shines” will be held at the Cathedral square. Show up and show your support for Ukraine’s freedom! Hear true stories of people who fled the war, insights from public leaders and listen to songs for freedom!

How about some official ceremonies?

If concerts or official ceremonies are not for you, then visit Gediminas tower! The tickets will be half the price and you’ll be able to create some pin badges for the occasion. Also, visitors will be invited to write support messages for Ukrainian heroes!

Why should you celebrate 6th of July?

Updated: July, 2020 Sad thing about Lithuanian national days is that most of them are celebrated in cold and rainy months. Not so many chances of family picnics and outdoor parties lasting the enti Read more ...

What to do in Vilnius in September

As we transition from summer to autumn, the city of Vilnius invites all its guests to check out the local events for September. Experience the life of Vilnius by attending free concerts, running a mar Read more ...